Thomas Annan is a fascinating study, both in the particular case of Lionel Gossman’s fine monograph on this photographer (I nearly wrote ‘artist’) and in the general sense of an individual experimenting with a dynamic new technology. The tensions in this first sentence are revealing: photographer, artist, scientist. The truth is that these rigid categories become fluid in the context of photography’s development in the 19th century, and the work of Annan is caught in the vortex. Indeed it would be possible to expand this list of classifications in relation to Annan. He was an entrepreneur, a businessman, a civic dignitary, a ‘social activist’ and a cultural innovator. Truly, and perhaps typically, a 19th century phenomenon.

There are, nevertheless, one or two aspects of Annan’s world that remain moot. It is interesting that Lionel Gossman’s own blog post reflects upon his concern with marginal figures and histories in his most recent studies, Annan being one of these lost souls. Notwithstanding his renown within a Scottish context, Thomas Annan is rarely, if ever, anthologized within the canonical histories. Certainly he held some reflected glory within an international context, for he had fallen heir to David Octavius Hill’s archive of early photographic images. In consequence his son, the eminent Pictorialist James Craig Annan, would reproduce the groundbreaking photographs of the indisputably canonical partnership that was ‘Hill and Adamson’ as exquisite photogravures for Alfred Stieglitz’s seminal journal Camera Work. But this is acclaim at some remove. In truth Thomas Annan fell victim to a history that was articulated and defined by culturally and politically dominant centres; in the early 20th century this meant America, and particularly New York City. Annan was, then, a ‘liminal’ figure whose output was particular to a time and place on the margins of progress. But, interestingly, Gossman’s ‘reclaiming’ of this liminal figure chimes with the more radical of contemporary histories that seek to ‘decentre’ the paradigm of cultural authority and disestablish the canon of ‘great artists’.

Coincidently, the sense of an alternative viewpoint is articulated in Annan’s most respected photographs: his The Old Closes and Streets of Glasgow from 1868. Gossman rightly gives a detailed analysis of these important images. The images of abject poverty and inner city decay, ripe for municipal reform, are surely Annan’s most compelling photographs. Annan was employed as a commercial photographer by the City of Glasgow Improvement Trust to document these slums, and their peoples, prior to their redevelopment. In doing this it is sometimes argued that he created ‘documentary’ photography and initiated the concept of the camera as an instrument for social reform. Of course for Annan it was, principally, a business arrangement. But the subsequent appreciation and aestheticisation of these images does introduce the debate between photography as documentation and photography as art. However, what is surely most fascinating about these works is the selection of the camera as the appropriate means by which to capture inner city life. Previously, the means for articulating the derelict and ramshackle aspects of urban modernity had been the subaltern arts of pen, lithograph and print. Occasionally an artist might utilize the brush and oil paint to reflect upon the picturesque poor, but outside of this trope the sense of an ‘art’ of inner city decay was negligible. And so it might be suggested that the creation of an objective view of city life, one that was concrete and real, was uniquely available through the instrument of the camera. One might go further and claim that the fine arts had no competent means for exploring abject poverty and so the contemporary means of the camera became the mechanism for exposing this urban, and profoundly modern, fact. If this contention has any substance, then Annan surely created a prototype for photography’s unique contribution to 20th century culture.

One final thought. Lionel Gossman confesses that this book represents something of a ‘homecoming’, his native city being Glasgow and his graduation photograph having been taken in Annan’s studio. None of this, it should be said, compromises the veracity and the academic quality of his text. But this intrigued me, for personal reasons. I’ve written a book and a few articles on the history of photography, and often I’ve found myself compelled to include some arcane material that relates to my own biography. In my book Scottish Photography: A History, for example, I’ve reproduced, as ‘anonymous’, photographs of both my father and my wife. I also included a ‘case study’ of the cartes de visite that displayed historical photographs from my home town of Dunfermline in Scotland. Equally, in an article titled ‘Utility Photographs: Rethinking the Vernacular, Rereading the Archive’, published in the journal Visual Culture in Britain, I reflected upon vernacular photographs from Dunfermline and included my old school photograph. I don’t think this is narcissism. Rather, I believe that it actually relates to the nature of the photograph. I’m reminded that Roland Barthes was inspired to write his extraordinary text Camera Lucida having chanced upon a photograph of his late mother. It is a commonplace that the photograph initiates ideas of memory and even nostalgia, but this is perhaps too reductive a sense of its power. The photograph may be regarded as a special kind of evidence of having lived, as a fundamental existential document with all that implies. Or, perhaps, all writing is a kind of biography.

Thomas Annan of Glasgow: Pioneer of the Documentary Photograph by Lionel Gossman can be read for free here.

For most of my professional career I was a teacher of French literature and much of my published work has been in that field. But I have always been a wanderer and, since 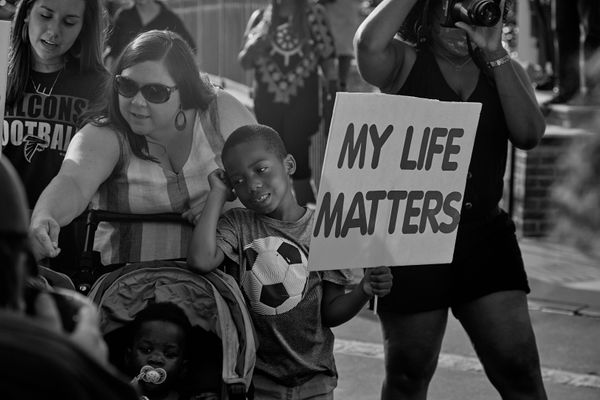 Deborah Willis, Chair of Photography & Imaging at Tisch New York University and co-editor of 'Women and Migration', shares her powerful reflections about photography, history and protest in the context of the BLM demonstration taking place all around the world.