The Independent has recently reported that in autumn this year, the UN Human Rights Investigator Professor Philip Alston will be researching the impact of Tory austerity measures in Britain.[1] The need for such an investigation will come as no surprise to readers of Mark O’Brien and Paul Kyprianou’s hard-hitting study of austerity Britain, Just Managing?.[2] This startling and eminently readable study foregrounds the plight of low-earning families who have been disproportionately affected by the policy agenda that has been pursued over the last three governments. The Coalition of 2010-2015, and the majority and minority Conservative governments that followed, have delivered the exact reverse of what they promised with regards to austerity, originally advertised as impacting the rich more heavily than the poorest in society.[3] In fact, income inequality, and its attendant problems of inflation and unequal distributions of education and healthcare, have increased on an unprecedented scale in recent years.[4]

Despite the topicality of this book, and its commendable objective of speaking truth to power, has attracted little attention from visitors to the Open Book online catalogue, who have not accessed it as often as OBP had expected for such a timely and relevant work. This lukewarm reception is in part anticipated by O’Brien and Kyprianou themselves, who register a widespread and historic disinterestedness, sometimes hostility, of the presiding middle classes to the plight of the poor.[5] A brief glance how the mainstream British press have taken up Professor Alston’s anticipated visit, frames the relative neglect of Just Managing? within a wider culture of establishment denial. Papers loyal to the government, which also have the widest circulation, have been characteristically outraged by the intended investigation: the perpetually exasperated Daily Mail proclaims, ‘Now meddlers from the UN want to probe austerity policies after claiming Brexit made the UK more racist’;[6] elsewhere, The Sun is indignant: ‘Fury as UN expert on ‘extreme poverty’ probes ‘BRITAIN’ over claims austerity has ravished the country’.[7] The Times follows suit, beginning its article on Alston’s visit with a misleading overstatement designed to undermine the credibility of the UN department: ‘Parents risk infringing their children’s human rights when they share pictures of them online, a United Nations expert said’.[8] The Telegraph, meanwhile, is yet to mention it at all (at the time of writing).

Anticipating tabloid hysterics, Alston strikes a reassuring tone: ‘No one is suggesting’ he says, ‘the conditions in the UK are those of a poor developing country, but every rich country, as my mission to the US showed, has pockets of poverty everywhere’.[9] The British press, and the interests they protect, echo the pride and denial of US ambassador Nikki Haley, when she declared that America is the ‘richest and freest country in the world’ while pulling out of the UN Human Rights Counsel.[10] This tone does not go unnoticed by many of O’Brien and Kyprianou’s participants. Phoebe registers the disparity between how those in power view those who aren’t:

They look down their nose at you and they’re like ‘What do you mean you can’t afford that?’ And you’re like ‘I can’t afford it’. ‘What you’re not going away again?’ The poor kids’. And it is horrible: ‘Budget your money better?’ How can we budget? You know what I mean?[11]

The American and the British establishment, and the figures who protect them, fear the consequences of an independent investigation of the sort Professor Alston undertakes—an investigation that has already been undertaken in many ways by O’Brien and Kyprianou. Just Managing? robustly holds May’s government to account, taking its title from the very words Theresa May used for the working poor she promised to help, and has left struggling. This is research that invites the reader in, and, guiding our eyes over the issues at hand without blinkering them, invites us to listen to the voices of those impacted by austerity policies, as well as critically reflect on what they have to say. The authors’ wide-ranging and intelligent analysis is combined with a powerful online archive of many of the interviews themselves. These are available in their entirety though a related project called Getting By?, which documents the experiences of Liverpool’s working poor. Just Managing? is no journalistic polemic, but an archive as well as a sharp and balanced analysis of the difficulties and frustrations faced by the marginalized, betrayed and patronized working poor of modern Britain; possibly a prescient insight, as the results of this autumn’s investigation may show. Carol sums this up poignantly:

I do feel that the Government is just not in touch with us. I really do feel that. That’s the beauty of this [research] at the end of the day; and that’s where that’s going isn’t it? And I hope they do read it; and I hope it opens some eyes for them.[12]

You can read and download Just Managing? for free here.

[1] Independent, ‘UN to investigate extreme poverty in the UK – after nearly a decade of austerity’, 29 June 2018, https://www.independent.co.uk/news/uk/politics/un-uk-extreme-poverty-investigation-austerity-conservatives-philip-alston-a8422396.html

[8] The Times, ‘UN will investigate impact of austerity on poverty in Britain’, 30 June 2018, https://www.thetimes.co.uk/article/un-will-investigate-impact-of-austerity-on-poverty-in-britain-gndhtr8qz (paywall)

[10] Washington Post, ‘Nikki Haley: ‘It is patently ridiculous for the United Nations to examine poverty in America’, 21 June 2018, https://www.washingtonpost.com/news/wonk/wp/2018/06/21/nikki-haley-it-is-patently-ridiculous-for-the-united-nations-to-examine-poverty-in-america/

The next ten years: “We need to show this can be different.” While Gatti and Tosi are fiercely proud of what they have built, they believe the future of OBP lies in enabling

Ten years ago today Open Book Publishers was born. Non-profit, scholar-led and now the leading UK Open Access publisher in the Humanities and Social Sciences, OBP began as a small-scale experiment, a passion 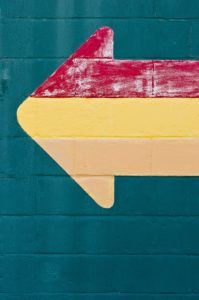 An excellent Open Access quiz that covers many of the key issues https://www.lepublikateur.de/2018/08/27/open-access-quiz/ A recently-released film about Open Access in academia, ‘Paywall: The Business of Scholarship’