Since the introduction of the birth control pill in 1960— widely considered the “turning point in humankind’s struggle to control fertility”— there has not yet been any milestone in the field that has impacted society of the same degree. However, in the last year, press interest has grown around research into new and long-anticipated forms of male contraception, and together with the arrival of the world’s first contraceptive app, Natural Cycles, conversations about contraception are being thrown back into public discourse. We may yet be seeing another ‘turning point’ along the horizon.

Historically, birth control had been limited to abstinence, coitus interruptus and barrier methods for males and females, in the forms of animal intestines and sponges soaked in fruit acids. Attempts at oral contraceptives included willow shoots, bees, and the scrapings of stag horns; when all else failed, many resorted to crude methods of abortion in the form of self-harm and visits to dubious back-street alleys. Unlike today, birth control used to be a topic subject to taboo and shame. The introduction of the pill was therefore monumental in liberating women because, for the first time in history, it meant that women now had a greater degree of control over the sexual reproductive functions of their bodies – allowing them greater choice over when they are ready to have children, how many they would like, and how far apart to space their births. With the normalisation of the pill gradually lifting the veil of taboo and shame surrounding birth control, long-overdue conversations about women’s sexual health and well-being could finally emerge and be brought to public attention. This was the vision Margery Spring Rice (1887 – 1970), suffragist and women’s health pioneer, dedicated her life to achieving.

Gathering old family archives, letters and personal anecdotes, our recently published biography of Spring Rice, Margery Spring Rice, Pioneer of Women’s Health in the Early Twentieth Century, is not only the first biography of its influential subject, but also a uniquely intimate peek into the life and work of the British social reformer by Spring Rice’s own grand-daughter, Lucy Pollard. From her happy childhood years spent between London and Aldeburgh, taking up studies in Moral Sciences at Girton College, Cambridge, to the setting up and running of her North Kensington birth control clinic, the book covers, with great sensitivity and insight, the highs and lows of Spring Rice’s colourful life. From beyond the limited attentions of historiography and the overshadowing merits of her public achievements, Pollard reveals the people and ideas that shaped her, and presents to us the many faces of this extraordinary figure. We see Spring Rice as the daughter with a strained relationship with her mother, as the young widow of a war officer, as the distant mother who worked tirelessly for social causes to escape her own grief, and as the grandmother who spent the rest of her life bringing joy to many children, friends and family.

In a letter to Spring Rice, dated 18 August 1910, one of her oldest friends, Eileen Power, wrote: ‘I thought it possible that your habitual opinion that valour is the better part of discretion might seize upon you…’ Spring Rice certainly did dedicate her life courageously and feverishly to the championing of the ‘lost causes’ she was passionate about. Aside from advocating for women’s suffrage, women’s health and the use of birth control; Spring Rice was also involved with the League of Nations Society and the Women’s National Federation; opened up her home to child evacuees during World War II; and went on to establish the Suffolk Rural Music School during the last few months of the war. Pollard’s biography truly brings to life one of the great, and yet lesser-known, personalities behind the birth control movement— introducing her to us as, first and foremost: a woman, a mother, and a friend. This book will be of great interest to those interested in the history of medicine as well as the climate of shifting views towards gynaecology, feminism, birth control, and women’s health during the inter-war period, helping to recontextualise existing androcentric histography.

As much as the pill liberated women socially and enabled greater awareness and discussion of women’s health and family planning, over time, it arguably shifted the responsibility of birth control onto women. It is striking that, even with all the innovative developments taking place in the field of male contraception today, the excitement and anticipation for upcoming products (such as the contraceptive gel, the male pill and the contraceptive injection) are mostly generated by the thought of relieving women of this burden, rather than increasing choice for men. This demonstrates that dialogues in contraception and sexual health today are starting to implicitly value the sexual health and well-being of women, not just as an afterthought but as a given priority — a development that would have made Margery Spring Rice, and her whole team at North Kensington birth control clinic, leap for joy. 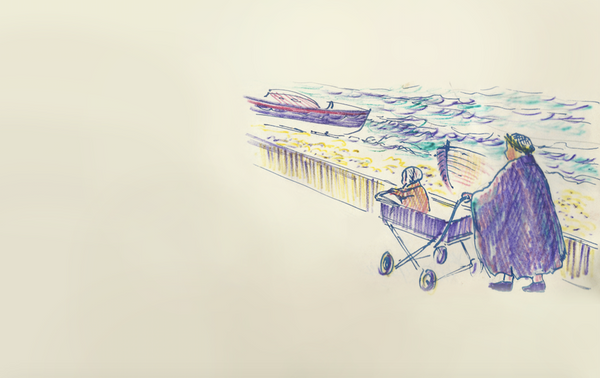 In this new blog Dr Lucy Pollard, author of 'Margery Spring Rice: Pioneer of Women’s Health in the Early Twentieth Century', reflects on her new title and her role as a biographer.