Kathryn Rudy’s latest book Piety in Pieces, details the activities of medieval book owners who personalised their books by inserting new pages, drawings, and notes. These personalisations ranged from minor modifications such as placing loose images between leaves, or adding notes to blank pages, to larger changes that necessitated rebinding. Immediately on first looking at the book I realised that there are parallels between the way medieval people treated their books, and open access, and particularly the way Creative Commons licenced material can be adapted.

Piety in Pieces and all books hosted by Open Book Publishers (OBP) are fully open access, so liberal Creative Commons licences cover reuse. CC licences allow users to remix and transform works, put them together with other works to create anthologies, and even redistribute these new works for the benefit of others (provided they cite the original works). Perhaps it is also worth mentioning here the OBP Customise service, which gives users the

option to create personalised copies of whole books on the OBP catalogue, and create new anthologies by splicing chapters from different books. You have the option to mix OBP chapters with content from third parties as well (assuming copyright has been cleared!), and most OBP books can be used in this way. 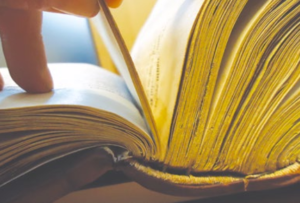 The first parallel that popped out at me in Piety in Pieces was the adaptation of books for children, such as adding explanatory text to ‘picture bibles’, and illustrations and general education material to books of hours. This seemed to me to be particularly relevant to the fact that CC BY material can be translated in order to connect with a wider audience who might not otherwise be able to understand the material.

The less radical changes that medieval books owners made, which are detailed in Part 2 of Piety in Pieces, include adding notes of ownership for instance, or information about family members. Kathryn Rudy discusses the social dimension revealed by the medieval adaptation, whereby books become a type of social record: 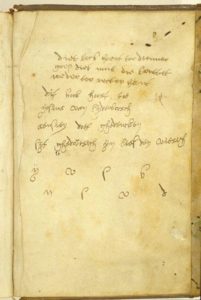 Augmentations to a book reveal strong emotional and social forces. These are often difficult to identify in manuscripts, because the new parts often blend in with the old. Furthermore, modern audiences often see manuscripts as products of a single “genius” mind, when in fact all manuscripts were made in a group effort over months, years or even decades. (Kathryn M. Rudy, Piety in Pieces, p.2, CC BY 4.0)

This led me to think about Wikipedia, and the idea of ‘wisdom of the crowds’. A single article in Wikipedia may have hundreds or even thousands of editors, often with a single originating author. Once the originating author publishes the article, it is open to public scrutiny. Editors can remove, add, query, create hyperlinks, and add structural internal links, until eventually agreement is reached on a socially aggregated median. Each subsequent version of the article is seamlessly blended in, and each editor’s contribution, however small, is recorded behind the scenes in a log.

So too the open access movement has social inclusion sewn into its very fabric. One of the seminal moments in the history of open access was the 2002 Budapest Open Access Initiative (BOAI), where the name ‘Open Access’ was actually first coined to describe the free public availability of peer-reviewed research. The 2002 BOAI made clear the social as well as economic benefits of open access:

The new technology is the internet. The public good they [scientists and scholars] make possible is the world-wide electronic distribution of the peer-reviewed journal literature and completely free and unrestricted access to it by all scientists, scholars, teachers, students, and other curious minds. Removing access barriers to this literature will accelerate research, enrich education, share the learning of the rich with the poor and the poor with the rich, make this literature as useful as it can be, and lay the foundation for uniting humanity in a common intellectual conversation and quest for knowledge. (BOAI10, 2002, CC BY, http://www.budapestopenaccessinitiative.org/read)

In the conclusion to Piety in Pieces, Dr Rudy points to the technology of the medieval manuscript being an important factor as it enabled book owners to customise:

The parchment manuscript is sutured into its binding, and the seams can be ripped open, the book enlarged, and the package sewn back up again, but the stitches inside are largely invisible. When the world of parchment, needle and thread gave way to the world of paper, moveable type and glue, with that shift came a brittleness that resisted organic expansion. (Kathryn M. Rudy, Piety in Pieces, p. 338, CC BY 4.0)

Today, digital publication platforms such as Open Book Publishers are bringing customisation back to the hands of the people. Open Book Publishers are providing the necessary technological platform to enable electronic distribution, remixing, and reuse (indeed Piety in Pieces is available as pdf, epub, and mobi formats), and Creative Commons licences provide the framework to ensure reuse is both legal and ethical.