The Arabic of the Ottoman Empire presents an immensely fruitful linguistic topic. Extant texts display a proximity to the vernacular that cannot be encountered in any other surviving historical Arabic material, and thus provide unprecedented access to Arabic language history.

This rich material remains very little explored. Traditionally, scholarship on Arabic has focussed overwhelmingly on the literature of the various Golden Ages between the 8th and 13th centuries, whereas texts from the 15th century onwards have often been viewed as corrupted and not worthy of study. The lack of interest in Ottoman Arabic culture and literacy left these sources almost completely neglected in university courses.

To remedy this lack of attention to these fascinating texts, multi-national network of scholars got together at a seed conference in at the University of Cambridge in 2016, and discussed ways forward to focus attention on This network was then extended in subsequent workshops at Rutgers University in 2017 and at Cambridge in 2019, and after an AIMA gathering in Strasbourg in 2017. The contributors hail from various European countries, Turkey, Israel, Morocco and the USA.

The edited work is the first linguistic volume to focus exclusively on varieties of Christian, Jewish and Muslim Arabic in the Ottoman Empire, and make available a wide range of 15th to early 20th century Arabic sources, written in various alphabets. Transliterating sources originally composed in other alphabets into Arabic script opens up previously inaccessible materials to students of Arabic, and allows linguistic comparison between the different text genres and confessional varieties.  The book aims to be an easily usable source for course work for teachers and students in universities and other higher education facilities. In turn, it is hoped that this will stimulate interest among students and university teachers, and lead to an increase in research on the subject.

The Ottoman Arabic materials are presented in a didactic and easily accessible way. Split into a Handbook and a Reader section, the book provides a historical introduction to Ottoman literacy, translation studies, vernacularisation processes, language policy and linguistic pluralism. The second part contain excerpts from more than thirty sources, edited and translated by the diverse network of scholars.

The material presented includes recently discovered yet unedited texts, such as Christian Arabic letters from the Prize Paper collections, mercantile correspondence and notebooks found in the Library of Gotha, and Garshuni texts from archives of Syriac patriarchs.

A Handbook and Reader of Ottoman Arabic by Esther-Miriam Wagner (ed.) is now freely available to read and download here. 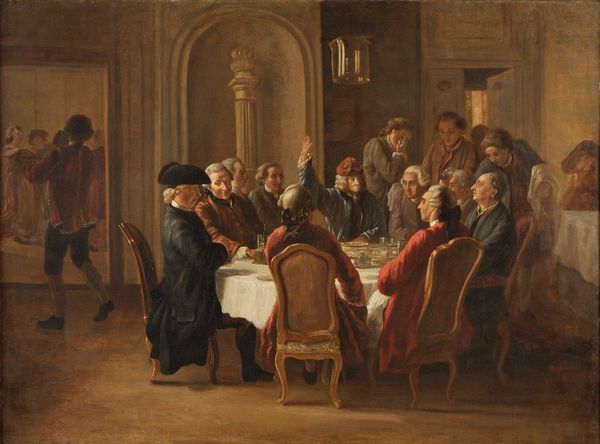 Felicity Gush and Rosie Rigby reflect on the collaborative translation of "'The Philosophes' by Charles Palissot", ed. and transl. Jessica Goodman et al.