It is estimated that between 490,000 and 520,000 Jews served in the Soviet Red Army during the Second World War. Indeed, the USSR’s highest military honour – ‘Hero of the Soviet Union’ – was awarded to 154 Jews over the course of the War.1While many of these soldiers may have been motivated initially to fight against the destruction of the Jews by the Nazis and to combat anti-Semitism, it soon became apparent that Germany was not the only place that harboured such attitudes. Anti-Semitism persisted at all levels of the Soviet Union. From1943 in particular, as the tide of war shifted, many soldiers perceived a clear change in policy whereby Jews were discriminated against in awards and recognition and new draftees were more likely to be anti-Semitic.2This conflict of interests; namely fighting against Nazism while experiencing rampant anti-Semitism in the country they were fighting for, made many such Jewish soldiers experience of war – and sense of victory – a tainted one.

Despite such a large amount of Jewish soldiers – and such an abundance of Second World War novels – the experience of Jews fighting in the Red Army against the Nazis is one that is rarely seen in literature and popular media. Mendl Mann’s The Fall of Berlin is one such rare example.

The Fall of Berlin is an autobiographical look at the Second World War from the perspective of a Jewish soldier. Menakhem Isaacovich, a Polish Jew, flees the Germans and finds refuge in the Soviet Union.The book follows Menakhem as he fights in Stalin’s Red Army, inspired both to defend the country that has taken him in and to seek revenge on the Germans destroying his homeland of Poland and exterminating the Jews. The third book in a trilogy, The Fall of Berlin focuses on Menakhem’s dilemma regarding where it is that he will settle as the end of the War comes within sight. He knows that he cannot stay in the USSR after experiencing rampant anti-Semitism at the hands of its population, but he also cannot return home to Poland as his entire family has perished in the Holocaust.

Mann’s The Fall of Berlindetails the anti-Semitism that Menakhem faces at the front. “Dirty Jews”, “draft-dodgers” and “I do not talk to Jews” are all such examples of the hostility and antagonism directed towards the Jewish community by various characters throughout the novel. While the impact of such incessant anti-Semitic rhetoric upon the reader is at times distressing and uncomfortable, it is an important reminder of the prejudice faced by so many during the Second World War. Not only is the perspective of a Jewish solider fighting in the Red Army a unique one, but it is also an insightful and painful one.

Mendl Mann himself was born in Plonsk, Poland, in 1916. A keen poet and artist, he studied at the Academy of Fine Arts before joining the Red Army in 1941, after being forced to leave Poland following the German invasion. During his time as a soldier, Mann witnessed the siege of Moscow and the occupation of Berlin, as well as helping to create various propaganda materials for the USSR’s war effort. It was Mann’s experience as a solider that informed this trilogy of war novels. A Yiddish language enthusiast, he was heavily involved in the literary movement to keep Yiddish alive, and his two prior books – At the Gates of Moscow and At the Vistula – were originally written in Yiddish before being translated into various languages. Despite this, The Fall of Berlin was never translated into English – until now. Maurice Wolfthal’s vivid and skilful translation truly brings Mann’s tale to life, examining the experience of war in an original and compelling way.

2 Gitelman, Zvi, Why They Fought: What Soviet Jewish Saw and How it is Remembered (University of Michigan, 2011) p. 1.

Mendl Mann’s 'The Fall of Berlin', translated and with an introduction by Maurice Wolfthal, is an Open Access title available to read and download for free or to purchase in paperback, hardback and various eBook formats here. 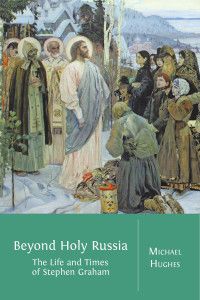 In September 2011, I found myself standing on a rock on the shore of Lake Peipsi, the huge stretch of water that lies between Estonia and St Petersburg, peering out across the haze