What Works in Conservation by William J. Sutherland, Lynn V. Dicks, Nancy Ockendon and Rebecca K. Smith, we decided to share some recent interesting developments in conservation from around the world.

The Arctic
On July 2nd, the US government announced its plans to promote polar bear conservation, through collaboration with multiple agencies and over 30 polar bear experts. The main dangers facing polar bears are rising temperatures in the Arctic region, resulting in the gradual loss of their sea ice habitat, and the possibility of oil spills from offshore oil and gas developments in the Arctic. Oil spills in the Arctic Ocean are especially difficult to contain since they can become enveloped in sea ice and transported for hundreds of miles, posing a serious pollution threat to polar bear habitat. While the US government’s draft plans fail to address the problem of potential oil spills, Margaret Williams, the World Wildlife Fund’s Managing Director of Arctic Programmes, has praised the government’s commitment to reducing greenhouse gas emissions in order to counter the long-term threat of global warming in the Arctic. “By calling for emissions reductions in the conservation plan, the Obama Administration is moving in the right direction,” she stated. 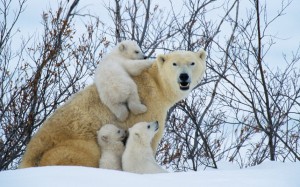 The Far East
A conference held in Ethiopia last week could represent a landmark step in the fight against industrial pollution in China. Although China’s industrial progress has lifted millions of its inhabitants out of poverty, the country’s wealth has come at the expense of its environment. Most of the groundwater in China is polluted, one fifth of the arable land is affected by heavy-metal poisoning, and the air pollution (visible in the infamous smog which hovers over Beijing and other cities) causes an estimated 350,000–500,000 premature deaths every year. It is hoped that this historic conference, which seeks to involve China in the global push for sustainable development, will be a step towards resolving China’s pollution problems.

Southeast Asia
The recent furore over comments made by Ségolène Royal, the French Environment Minister, concerning the environmental impact of Nutella, has brought the issue of palm oil production to mainstream attention. Palm oil is an edible vegetable oil derived from the fruit of the African oil palm tree. It is commonly used as an ingredient in food products such as Nutella, ice-cream and peanut butter, as well as shampoo and lipstick, creating a high demand globally. 85% of all palm oil is currently produced in Indonesia and Malaysia, where the consequent deforestation has raised concerns about the loss of habitat and potential extinction of the orang-utan and the Sumatran tiger, along with many other animals. Although palm oil demand is rising, efforts are being made to limit the environmental damage of the expanding industry. Ferrero, the company which produces Nutella, has undertaken to meet a variety of targets by the end of 2015, aimed at reducing the environmental impact and protecting endangered species. Recent research also suggests that increased environmental awareness among the public could make a difference to palm oil production methods, since consumers are willing to pay a higher price for responsibly-sourced palm oil products. 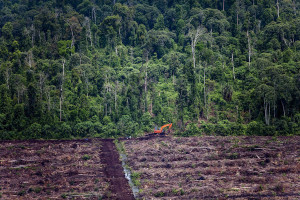 What Works in Conservation is a comprehensive reference work detailing the current threats to biodiversity throughout the world. Each threat is explained and the evidence behind potential solutions is outlined and assessed in a concise, user-friendly format. The book can be accessed for free at https://doi.org/10.11647/OBP.0060.