I was thrilled about the birth of my new grandson; yet as I held him, just a week after his birth, I wondered how he should feel about that event, or how I should feel on his behalf.

I silently congratulated him on his good fortune: “How lucky you are to have such wonderful parents! How lucky to have four loving grandparents (myself included)!” Yet these congratulatory thoughts were about the fortunate circumstances into which the baby had been born. They meant, “Given that you were born, how fortunate to have been born into such circumstances.” They didn’t mean, “Given the fortunate circumstances, how lucky to have been born into them,” as if he had narrowly avoided missing out on a good thing.

As for the baby’s having escaped that fate, I felt ambivalent on his behalf. Setting out on a human life is a daunting prospect. There are both opportunities and risks, and a lot of hard work.

Many people are grateful to their parents for giving them “the gift of life”. But if procreation were an act of pure beneficence, parents would owe nothing further to its beneficiary, for whom they have already done more than anyone will ever again be able to do. We think, on the contrary, that parents owe their offspring more than anyone will ever again be able to owe them — a loving home, a good upbringing, an education. For as I realized while cooing at my new grandson, life itself is less a gift than a gamble, and a newborn will need many years of loving care in order to make the best of it. The child is owed that loving care, and the debt falls in the first instance to the parents who created him, since they are the causes of his needing it.

Some procreators declare parental bankruptcy and pass their obligations to others by putting their offspring up for adoption. They do so reluctantly, out of concern for the best interests of the child. If people defaulted on their parental obligations casually, solely out of self-interest, we would be shocked and appalled.

Come to think of it, there are such people, and we are indeed appalled by them. They’re the people we call deadbeat dads and moms.

Yet if we are appalled by people who casually default on their obligations to offspring, then there is another category of people by whom we ought to be appalled. How odd, then, that we celebrate them as philanthropists, by calling them donors: donors of sperm and eggs. What is the difference between the parents we call deadbeats and the ones we call donors?

Of course, the deadbeats are legally on the hook for child support, whereas the donors have secured a prior release from parental obligations. The problem, as I see it, is that the recipient of the gametes, who takes over the donor parent’s obligations, is not the party to whom those obligation were owed, and hence not the one entitled to grant the release. Parental obligations are owed to the child, who cannot consent to the transaction. And unlike parents who give up a child for adoption without its consent, the donor and the recipient have no justification for going ahead without it. An adoptee is like a patient who arrives in the emergency room unconscious and in need of emergency surgery. Ruling out surgery in the absence of the patient’s consent would entail leaving him to die; similarly, ruling out adoption in the absence of the adoptee’s consent would entail leaving some infants without a family. But ruling out donor conception in the absence of the child’s consent would entail nothing worse than leaving it never to be born. Prospective parents cannot be absolved of their obligations to a future child by the urgency of rescuing him from nonexistence.

Some obligations can be delegated to someone else without the consent of the one to whom they are owed. If you promised to mow a friend’s lawn while she is away, you don’t have to get her consent before hiring someone else to do the job. But if a close friend lands in the hospital, you may have an obligation to visit her, and you can’t just hand that job off to someone else — not, at least, without asking whether your friend would welcome the proxy visitor — and even then, you’d better have a good reason for out-sourcing an obligation of friendship. Obligations of friendship may require in-person performance, because they arise out of a personal connection.

Every child wonders “Where did I come from?”, and learns that it came from a particular woman and a particular man, a mother and a father. To the child they are specific individuals, the source of its existence and more — more, because they are also the source of physical and psychological characteristics in which the child resembles them and out of which it must fashion an identity.

We know that no matter how loving and caring the adoptive family, adoptees often feel the loss of their birth families, even to the point of grieving that loss. We know that many of them  — up to half, according to some research — will someday take steps to find their birth parents and siblings. And we know that many who find their birth families feel a kinship with them such as they have never felt with anyone before. Resemblance within families is not just grist for the mill of casual conversation; it provides a child with a sense of normality and belonging, a basis of self-definition and self-understanding, a recognizable relation to the living world.

When people deny the importance of biological ties, I wonder how they can read world literature with any comprehension. How do they make any sense of Telemachus, who goes in search of a father he cannot remember? When the adoptive grandson of Pharaoh says, “I have been a stranger in a strange land,” what do they think he means? How can they even understand the colloquy between Darth Vader and Luke Skywalker? Surely, the revelation “I am your father” should strike them as a piece of dramatic stupidity — a remark to be answered, “So what?”

As the stories of Telemachus, Moses, and even Luke Skywalker illustrate, people unacquainted with their origins have been regarded throughout history as dramatically, even tragically, disadvantaged. There must be some reason why people living at different places and times, under very different conditions, have converged on the opinion that a relationship with biological parents is a birthright to be denied only for the sake of the child’s well-being. The universal consensus on this matter is enshrined in the United Nations Convention on the Rights of the Child. Article 7, paragraph 1, states: “The child shall be registered immediately after birth and shall have the right from birth to a name, the right to acquire a nationality and, as far as possible, the right to know and be cared for by his or her parents.” Here the phrase “as far as possible” allows for exceptions in circumstances such as those which justify adoption; it does not allow for the creation of children with the deliberate intention of making knowledge of and care by their parents impossible.

The current trend is to insist that a child’s “real” parents are the people who actually do the parenting, whoever they may be. But the question is not who deserves the title of parent; the question is whether children are entitled to know and be cared for by the people who created them and whose natural endowments they have inherited. More precisely, the question is whether adults are entitled to create children with the intention of being unknown to them and uncaring. What would we think of a couple who made babies for the sole purpose of supplying them to adoption agencies? Why do we regard the suppliers of sperm banks any differently?

J. David Velleman’s Beyond Price: Essays on Birth and Death (2015) is free to read from Open Book Publishers. His previous OBP publication, Foundations for Moral Relativism (2013), can be read here. 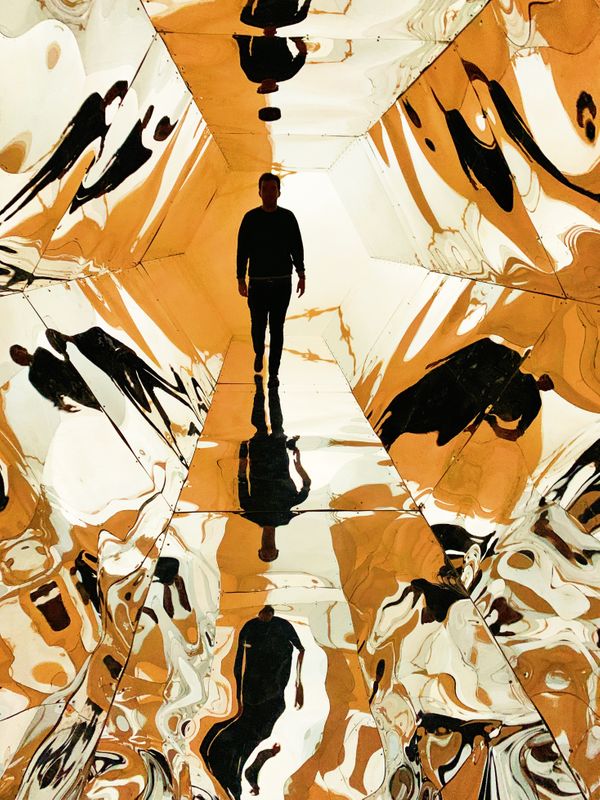 by David Weissman Agency is fundamental to everything we are and do. Thinking, doing, and making—Aristotle’s triad of generic activities—imply it.  Yet two reasons thwart inquiries that would make it