In June 2018, three years ago to the day as I write, a conference called ‘Plagiarizing Posterity: Reading the Nineteenth Century Backwards’ took place at the University of Exeter with financial support from the Nineteenth- and Twentieth-Century Study Groups of the British Association for Slavonic and East European Studies (BASEES), and the College of Humanities at the University of Exeter. The keynote speakers were Ilya Vinitsky (Princeton University) and Timothy Langen (University of Missouri). Delegates attended from Cambridge, Leeds, London, and St Andrews, joining many curious students and colleagues from Exeter. We were united by our diligent, often erudite, and unfailingly humorous exploration of an idea first limned by the French Oulipo: that past writers might have stolen ideas, topics, and even characters from their literary posterity. Pierre Bayard calls this idea ‘anticipatory plagiarism’, and his monograph on the topic identifies several distinguished precedents. Did you know that Voltaire plagiarized Conan Doyle? Or that Maupassant anticipated Proust, or that Shakespeare nicked T.S. Eliot’s best ideas? Plagiarism by anticipation is both quaintly ludicrous and unexpectedly fecund, overturning familiar notions of literary adaptation (and anxiety of influence). As a character in David Lodge’s novel Small World points out, ‘“…[W]ho can read Hamlet today without thinking of Prufrock? [Or]… Ferdinand in The Tempest without being reminded of ‘The Fire Sermon’ section of The Waste Land?”’

Taking a leaf out of Lodge (or possibly taking back notions he anticipated from us in the first place), we dedicated our day to re-reading the Russian nineteenth-century classics through a reverse prism. When the Universities of Exeter and Missouri later allowed Tim Langen and me funding to publish selected ‘Plagiarizing Posterity’ conference proceedings as an Open Access volume with OBP, we jumped at the opportunity. That was how Reading Backwards: An Advance Retrospective on Russian Literature took shape. To cohere our approach, we asked our contributors to focus on just three canonical authors, Gogol, Dostoevsky, and Tolstoy, to be analysed as alternately (or, sometimes, simultaneously) perpetrators and victims of advance plagiarism. How would we read Gogol differently, Tim Langen speculated, if we knew he had appropriated his ontology of absurdity from early twentieth-century author Sigizmund Krzhizhanovsky, who snaffled his own aesthetic from Irish satirist Flann O’Brien? What if Dostoevsky had borrowed the ethical tensions of The Brothers Karamazov from both J.M. Coetzee’s prose and Kurt Vonnegut’s Slaughterhouse-Five, as Michael Bowden suggested? Or if Tolstoy’s Andrei Bolkonskii, one of the troubled heroes of War and Peace, was stolen by Homer to serve as a prototype for the Iliad’s Achilles, as Svetlana Yefimenko plausibly contends?

As playful as anticipatory plagiarism may seem, it is also strikingly useful. As Eric Naiman writes (in his wry and wise Afterword to our volume, ranging from Pushkin to Proust), anticipatory plagiarism works best as ‘a heuristic conceit’, rebuffing the rigid systematism of many contemporary academic methodologies, while lending scholars the confidence to develop unexpected yet richly revealing comparisons between genres, eras, authors and artists. What if, Ilya Vinitsky asks, Gogol had recognized his own image in Raphael’s Transfiguration? Ilya’s essay argues for the interdependence of Gogol’s inspirations (including the famous mute scene from The Government Inspector, and his much-reviled Selected Passages from Correspondence with Friends) with famous Russian and European artworks. Steven Shankman makes the case that the ‘philosophical poet’ Tolstoy anticipated the teachings of the ‘poetic philosopher’ Levinas. Two of the essays in Reading Backwards explore the Bayardian notion of ‘reciprocal’, or two-way, plagiarism. Inna Tigountsova’s essay explores the self-plagiarism committed by a composite being called Petroevsky (a mix of Dostoevsky and contemporary author Liudmila Petrushevskaia), which perpetuates and feminizes the frustration experienced by Dostoevsky’s iconic Underground Man. My own contribution reveals the history of reciprocal theft (as well as sadly one-sided admiration) between Tolstoy and the now-neglected Victorian novelist Hall Caine. None of our contributors ever suggest that anticipatory plagiarism is ever other than logically impossible. David Gillespie and Marina Korneeva do not seriously allege that Dostoevsky stole the material for Notes from the House of the Dead from Guzel’ Yakhina’s contemporary bestseller Zuleikha, a novel set in Stalin’s camps for political exiles. But by juxtaposing these books and throwing their common elements into sharp relief, they show us something new about Dostoevsky and Yakhina – and their writings. As Svetlana Yefimenko argues, anticipatory plagiarism ‘serves to illuminate latent tendencies’ in plagiarist and plagiarized alike, tendencies which help us to understand both authors better – demonstrating the underlying continuity of fictional themes, and the undying relevance of great writing.

Childhood’s End, a 1953 science fiction classic by Arthur C. Clarke, provides a useful allegory for conceptualizing anticipatory plagiarism (between Vonnegut’s Tralfamadorians and Flann O’Brien’s omnium, Reading Backwards is already fertile ground for scientific fantasy). In Clarke’s narrative, Earth is visited by a technologically superior alien species, the so-called Overlords. At first reluctant to appear in person, they eventually reveal their true form: tall, winged, and horned beings long-familiar from the global iconography of demons. One befuddled human character asks, logically enough, whether the aliens had made a previous, unfortunate visit to our planet – thus leaving their image in our race memory. But, as the Overlords explain, ‘“[…] that memory was not of the past, but of the future”’ (a phrase, no doubt coincidentally, appropriated more than twenty years earlier by one of the writers discussed in our volume, Sigizmund Krzhizhanovsky, for the title of his 1929 novella, ‘Memories of the Future’). Because these aliens are destined to be present at the end of the human race, humanity has somehow retained an advance impression of their appearance – long before they ever physically appeared. ‘“It was as if a distorted echo had reverberated round the closed circle of time, from the future to the past. Call it not a memory, but a premonition.”’[1] Whether or not we can remember our future, the concept of literature as an achronological continuum – where ideas can migrate backwards and forwards between authors long-dead and not-yet-born – is at the heart of our book. Each of the essays in the present volume can be read independently, but taken together, they sparkle with the creative energy and originality unlocked by scholarly ‘reading backwards’. 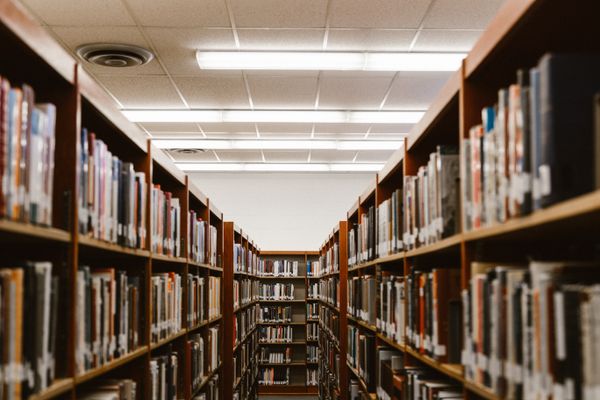